You might be asking why you would visually organize layers? When working with a number of layers, color coding them enables you to quickly distinguish one from another. It also helps you group content to create one visual component. Say you’re designing a car. You could assign all components that make up the steering wheel one color. For the tires, you assign another color. Then, whenever you want steering wheel components, you look for layers with the same assigned color.

In a layer, below

, is a circle. Tap it to access a marking menu of colors. Select a color. Now, you’ve assigned a color to that layer, making is easier to distinguish it from the others. 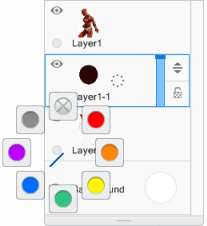 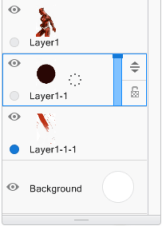 Tap a layer to open the Layer menu. At the bottom of the menu, tap Color Label and select a color from the list. Now, a colored spot appears in the lower right corner of the layer, making is easier to distinguish it from the others. 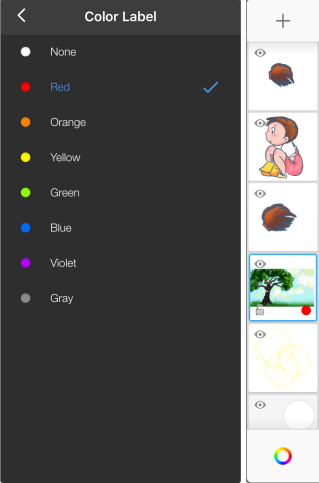 Accessing Color Label when the UI is hidden

When working in Rapid UI mode, with the UI hidden, you can quickly access the Layer Editor using the trigger

With one hand, tap

and drag down to select and hold Layer from the menu that appears. This will open the Layer Editor, which appears along the right of your screen.