Lock Transparency creates a mask that locks out the transparent portion of the layer. This means that when you draw on that layer, you only affect areas containing pixels.

In the example below, I only wanted to paint on the car. With Lock Transparency on, I could paint the car without having to worry about painting white areas, like the windows, as well. 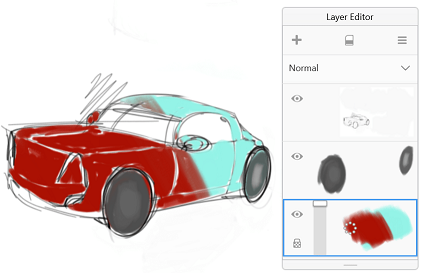 At this point, if you paint on the current layer, only the areas with pixels will be changed. In the image above, the layer with the robot's head was selected. Painting on this layer only applied color to that area.