In Sketchbook, we have Shape and Draw Style tools. They are the same things. Both are used for creating shapes, such as ovals, circles, rectangles, and lines.

In the toolbar, tap a Draw Style tool to help create shapes and lay down lines.

or for a horizontal or vertical line, hold down the Shift key. Then, tap-drag.

to draw a rectangle. The starting point becomes one of the corners. In the toolbar, tap

and tap-drag to draw the shape.

and tap-drag to draw the shape.

to draw a polyline.

and tap to place each point. Dbl-tap the last point to change the line to a solid line and complete your line.

Once you are finished with the Draw Styles, tap

to exit the tools and return to freestyle stroke mode.

Use the Shape (previously called Styles) tools for drawing lines, rectangles, and ellipses. Once finished, you will need to exit this mode and return to freeform stroke mode. 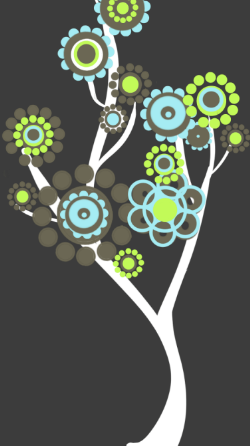 appears below the toolbar to indicate you are still in the tool.

to create an ellipse. If you might want to rotate the ellipse, create it on a separate layer. If you need a true ellipse with controls for the major and minor axes, see Guides.

Transform. Either use to fingers to custom rotate the canvas or use rotate it or