There are four types of perspective guides:

Create an image with one vanishing point and a horizon. Draw images that appear as if you are viewing them head, such as looking down a street, train tracks, hallway, or at a building. Mouse over it to show the horizon (blue line). Drag to reposition the vanishing point and horizon. 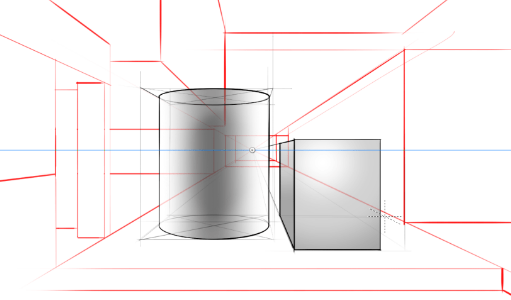 Create an image with two vanishing points and a horizon. Draw images of an object with a corner facing you, such as the corner of a building. The walls will recede to the vanishing points. 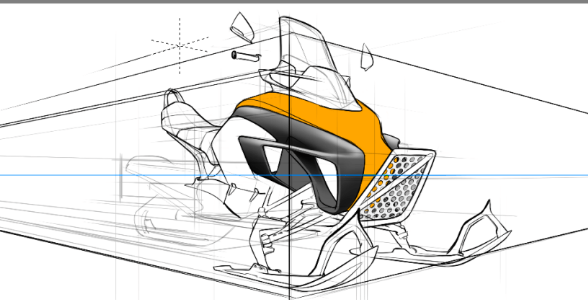 Create an image with three vanishing points and a horizon. Draw images of an object that you are viewing from either above or below. When you mouse over or drag a vanishing point, a horizon line (blue) and triangle connecting the three points (light blue) appears. 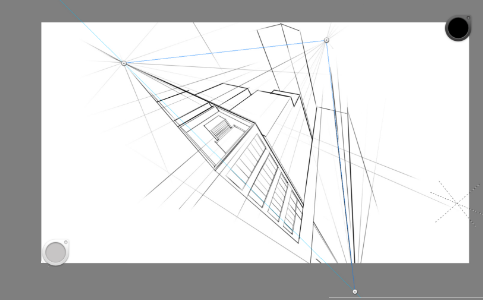 Only available with Sketchbook Pro for desktop

Create a panoramic or hemispherical image with a very wide angle of view. Draw images of a scene viewed from a convex mirror or lens. 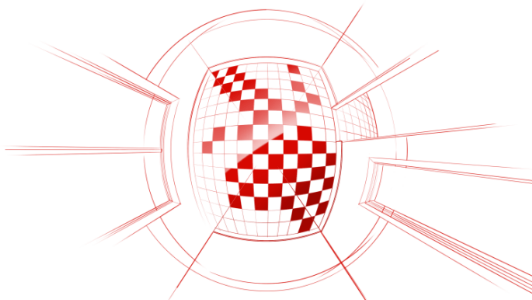 This mode has 5 vanishing points: left, right, top, bottom, and center. The grid is composited of a horizon line, vertical line, and circle. Curves intersect at the vanishing points. Moving the center point moves the entire grid. Moving an edge point changes the circle’s radius.

to access the Perspective tools and guides for drawing objects and scenes in perspective.

When you select a guide, the cursor changes to a dashed, three-line cursor. 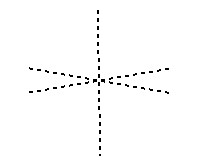 As the cursor moves around the canvas, one of the dashed lines rotates to always point at the vanishing point. 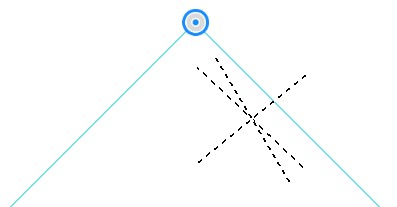 If you draw in the general direction of the vanishing point, your stroke will automatically snap to it.

In the mobile (Android and iOS) versions of Sketchbook, you will have the following tools:

NOTE If you don't see

(the Perspective Guides icon) in the toolbar, tap-drag the middle of the toolbar to the left. This will expose it and many more tools, such as Import Image, Text, and Time-lapse.

, then set the following parameters:

When using both Infinite and Constrained Grid, you can do the following:

The lines of the grid extend out, infinitely, from the vanishing point. 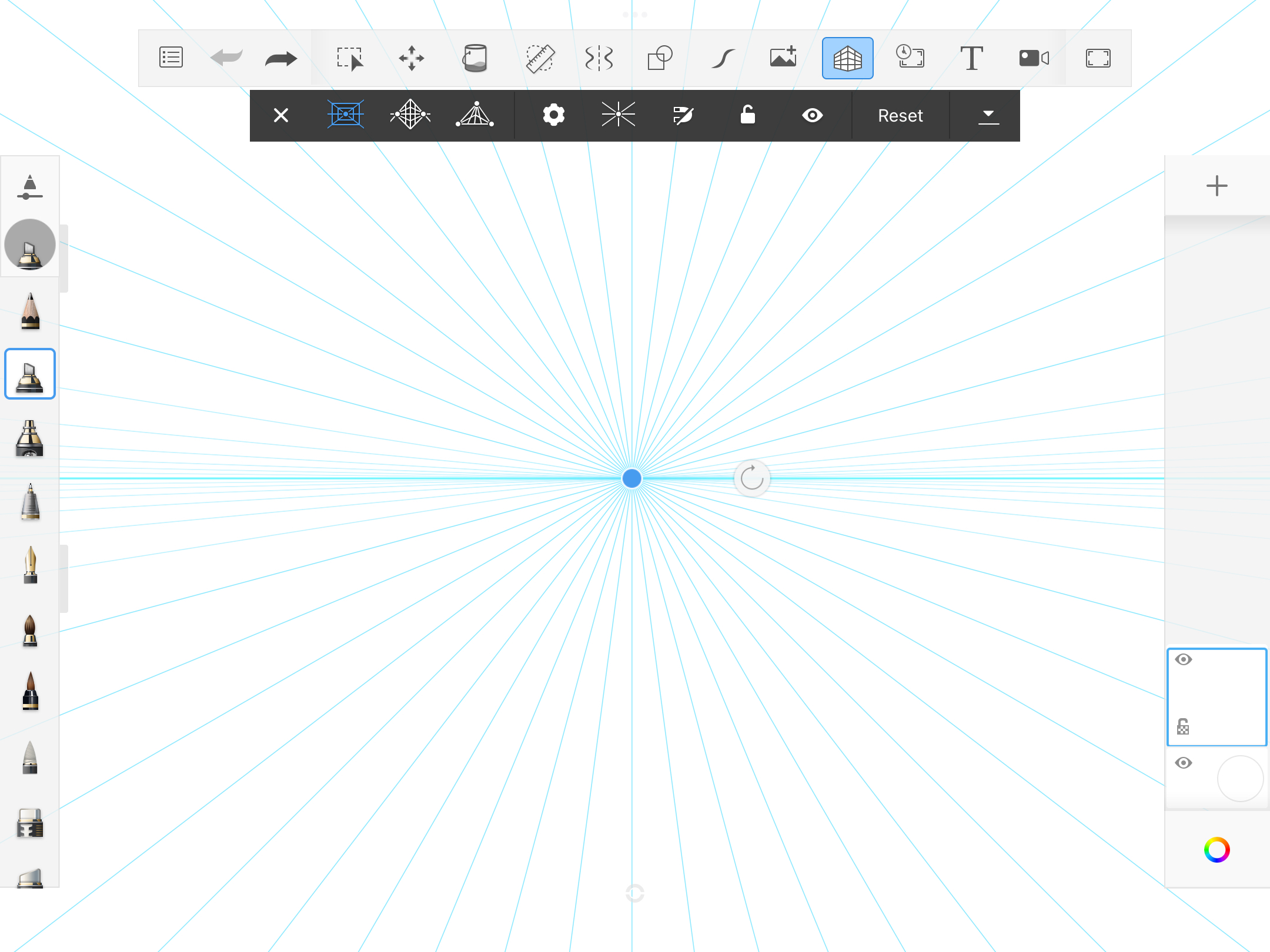 The lines of the grid are constrained within a frame. 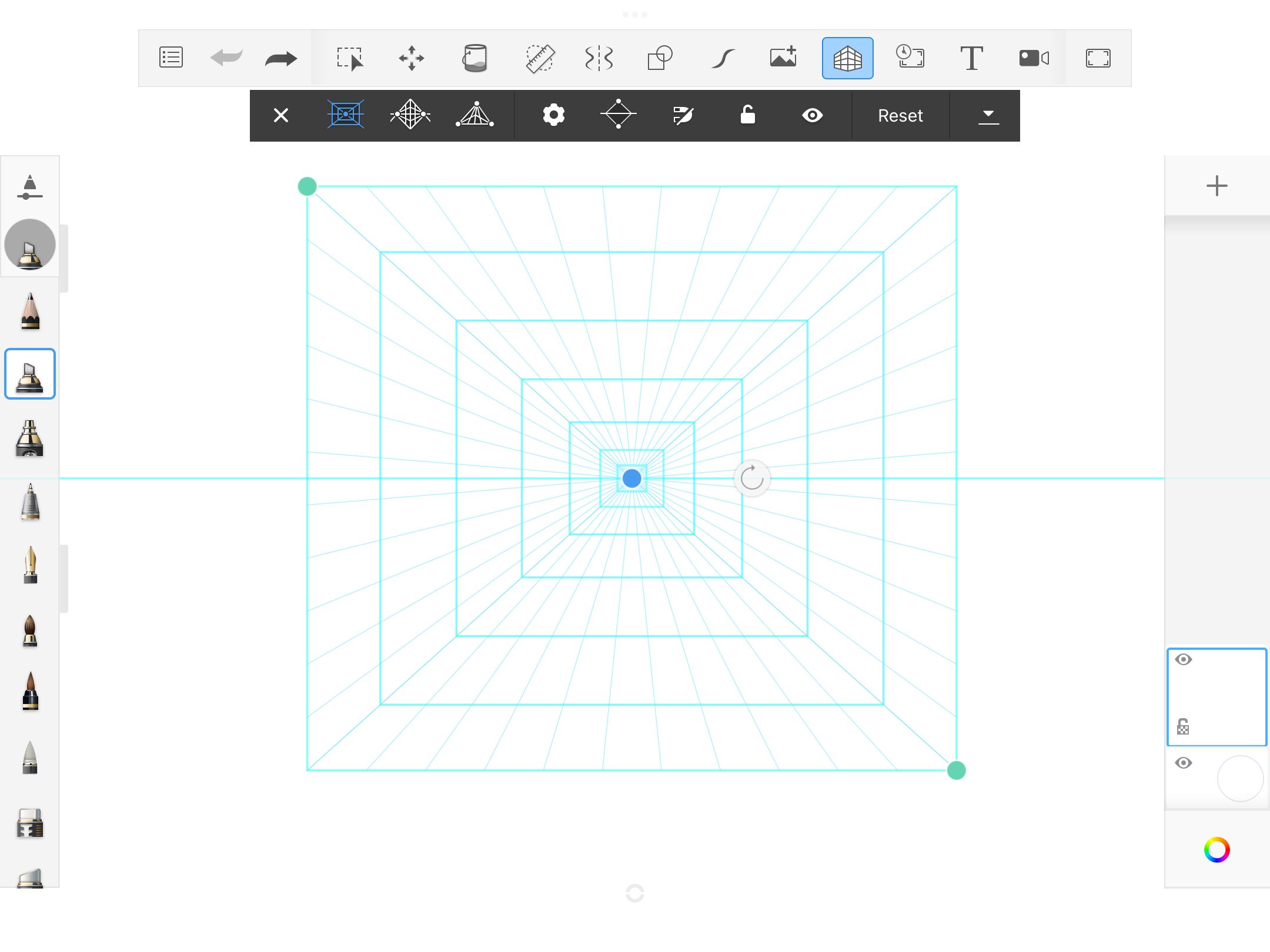 Tap-drag the green handles to change the size and shape of the frame. 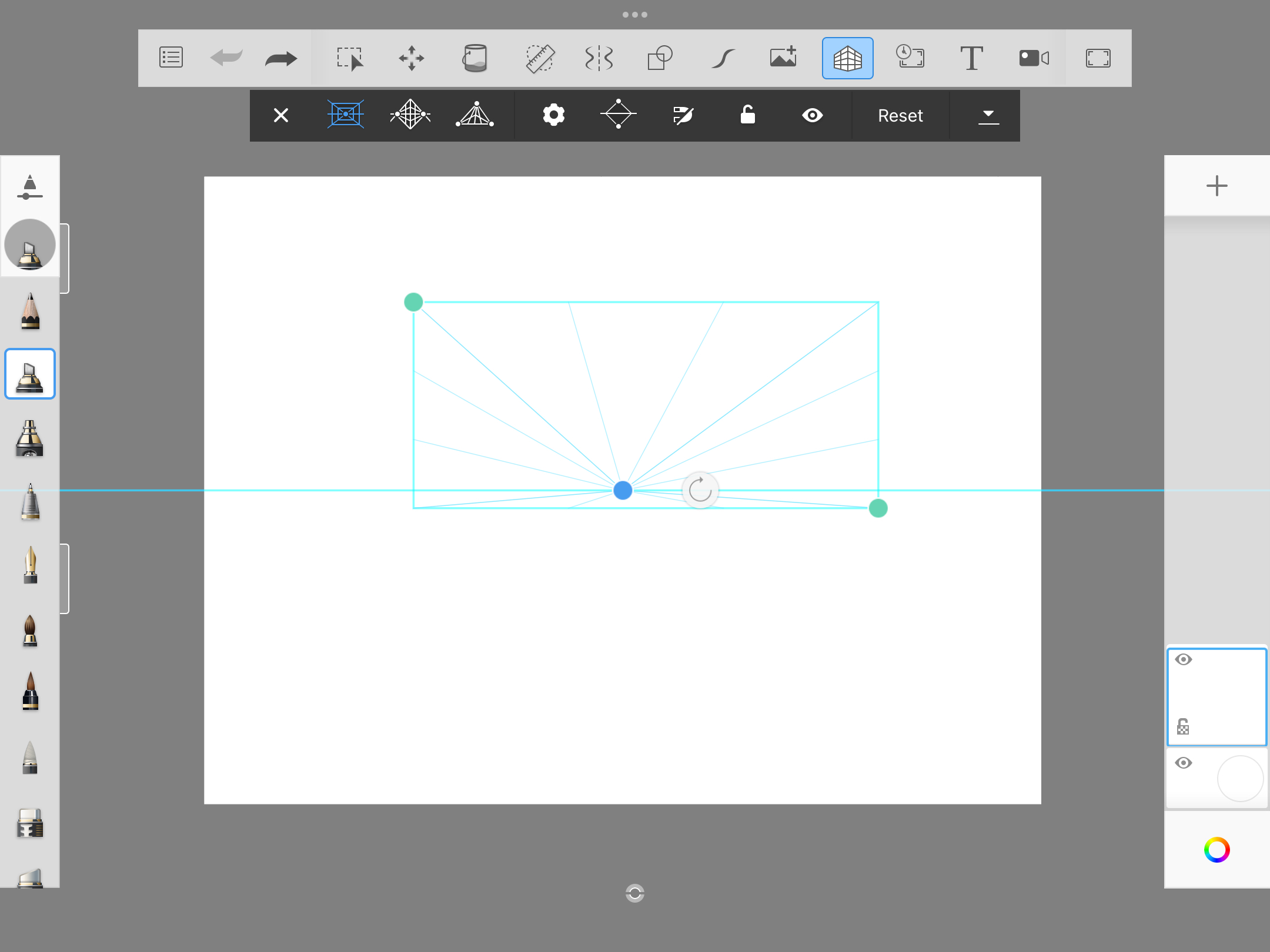 The image below was created in 1 Point Mode. As you can see, there is only one 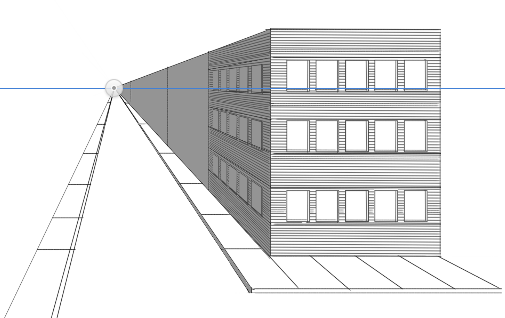 You can snap to the vanishing points, draw through them, or cut your strokes short. They can even be moved off the canvas to create a less dramatic camera angle. To do this, zoom out of the canvas, then drag and reposition your vanishing points.

To aid with drawing, try the Perspective tools:

When enabled, use this to help you draw in perpective. The strokes will be straight and constrained to being parallel to the horizon, perpendicular to the horizon, and to the vanishing points. 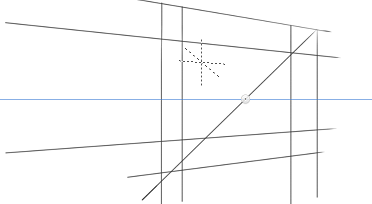 When disabled, draw freehand curves, etc., without being constrainted to straight lines. 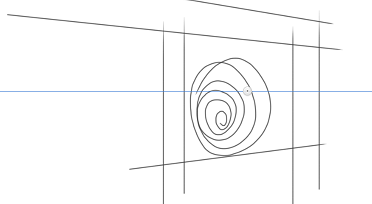 The version of Sketchbook you are using will determine the name and variation in functionality for this tool.

When enabled, horizon lines are visible. When disabled, it is not.

to unlock the vanishing points, then tap-drag them into position.

to lock the vanishing points (and constained grid handles, if using the mobile version) in place.

Hiding and unhiding the horizon line

To hide the horizon line, tap

Only for Sketchbook on mobile

Perspective guides will maintain their location between canvases. If you want to reset the guides to the default, tap Reset.

Only for Sketchbook Pro on desktop

The default format set in your preferences determines whether the location of the perspective guide is maintained or not.