Do your diagonal strokes have a wobble to them?

This is a known issue with some Windows tablets and Android devices, and is not specific to Sketchbook. It is caused by how the sensors in the display are reading finger or pen input on angled movements. Slower strokes will create the wobble more so than fast strokes. 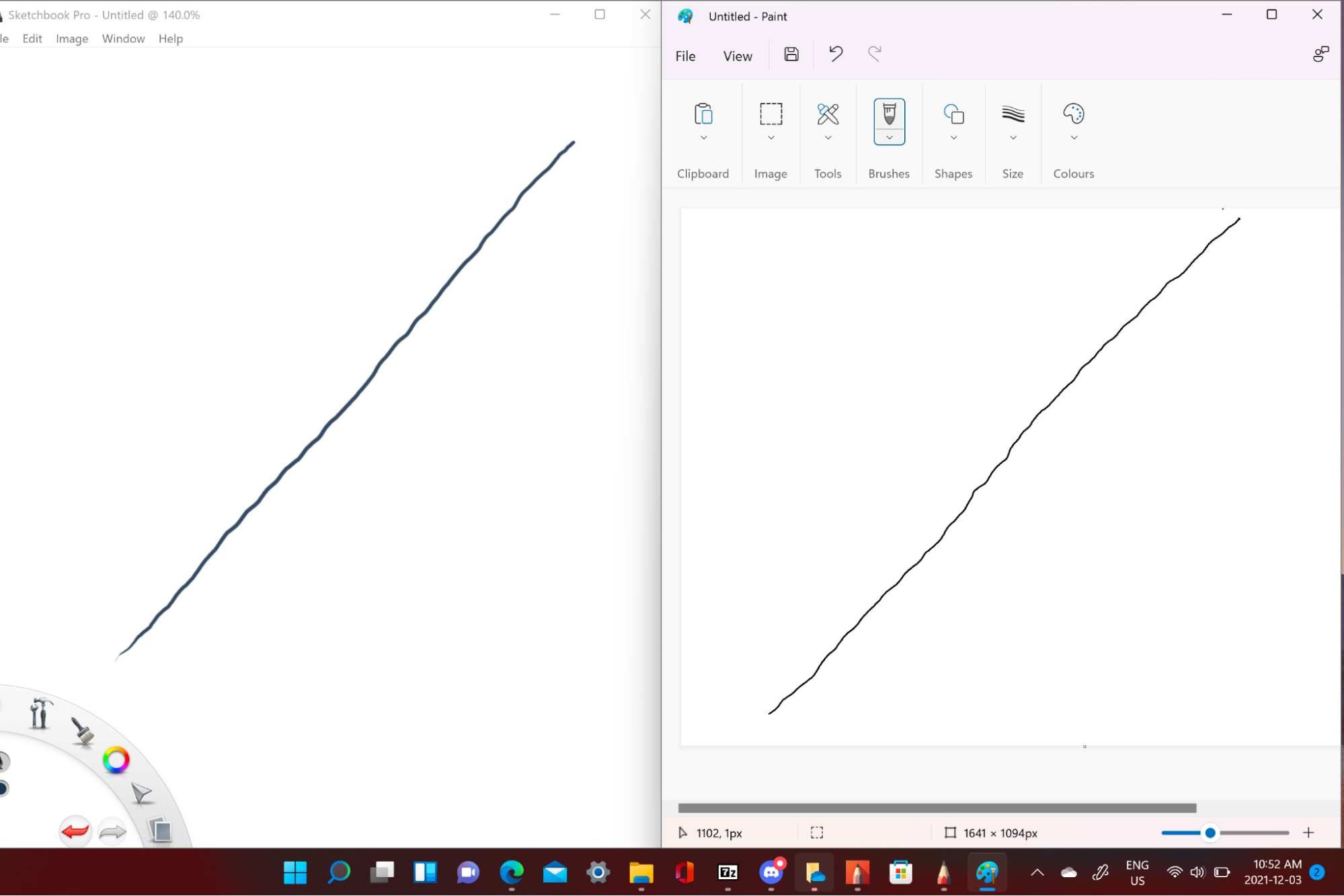 1. Use faster gestures when drawing on angles, to reduce the effect

2. Use the Predictive Stroke‍ feature. This feature will re-render your strokes and can smooth out the wobble. However Predictive Stroke is a post-stroke computation by the app, so using it can introduce lag on longer strokes.  Predictive Stroke is also designed to detect the user’s intent to create straight lines, rectangles, triangles and ellipses, which may occasionally produce results that are not intended.