Hotkeys are key combinations and/or buttons assigned to marking menus or individual tools. Once you get to know them, you’ll notice an increase in your speed as you sketch.

Do you want to create your own customized hotkeys? Click here to learn how.

Hotkeys in Sketchbook Pro for desktop

There are hotkeys for marking menus and tools. If you don't like the defaults, change them. If you want to map a hotkey shortcut to a tool, you can do that, as well.

The lagoon marking menus have the hotkeys 1, 2, 3, 4, 5, and 6 assigned to them. Even if you have customized your lagoon, these won’t change. These hotkeys can be very useful when setup as express keys on your tablet or stylus buttons.

Check out these tables to see what hotkeys and shortcuts are available in Sketchbook Pro for the desktop.

If you're using a pen input drawing tablet, make sure to set the buttons to your favorite tools so they're always handy!

You can also check out the Preferences window for a list of shortcuts or a way to remap a tool shortcut.

Are there hotkeys you're used to using that aren't the same as the default hotkeys in Sketchbook? Well, now you can create custom hotkeys to solve this. 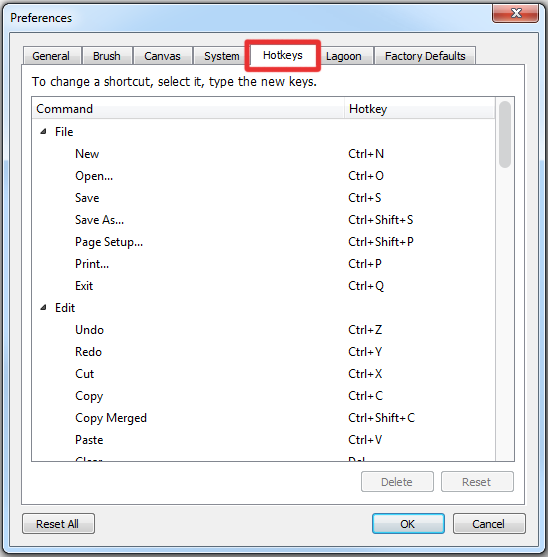 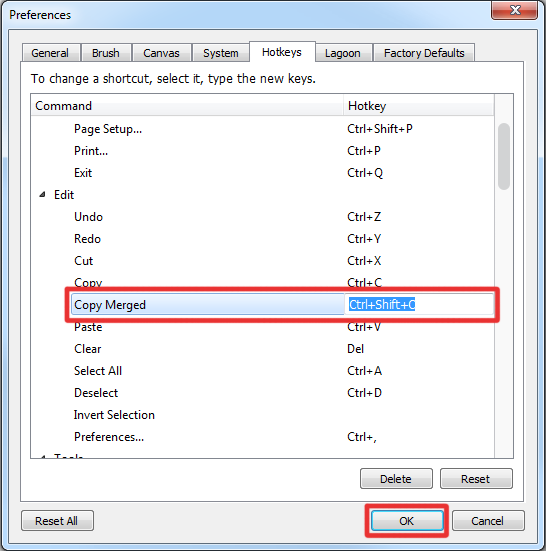 A message appears. You can either use the assigned hotkey for the current command or enter a new one. If you choose to use it, you will need to create a new hotkey for the other command.

You can reset some or all hotkeys to their default setting.

Hotkeys in Sketchbook for mobile devices