NOTE: Gallery Albums are only available on Sketchbook for mobile devices.

icon, by tapping the Album name in the upper left corner, or by pinch-zooming out.

Along the top of the screen you will see your Albums listed. When you select an Album, the sketches in that Album appear below, in the main part of the screen.

(the Album menu is available in Sketchbook 6)

to open the Album menu. 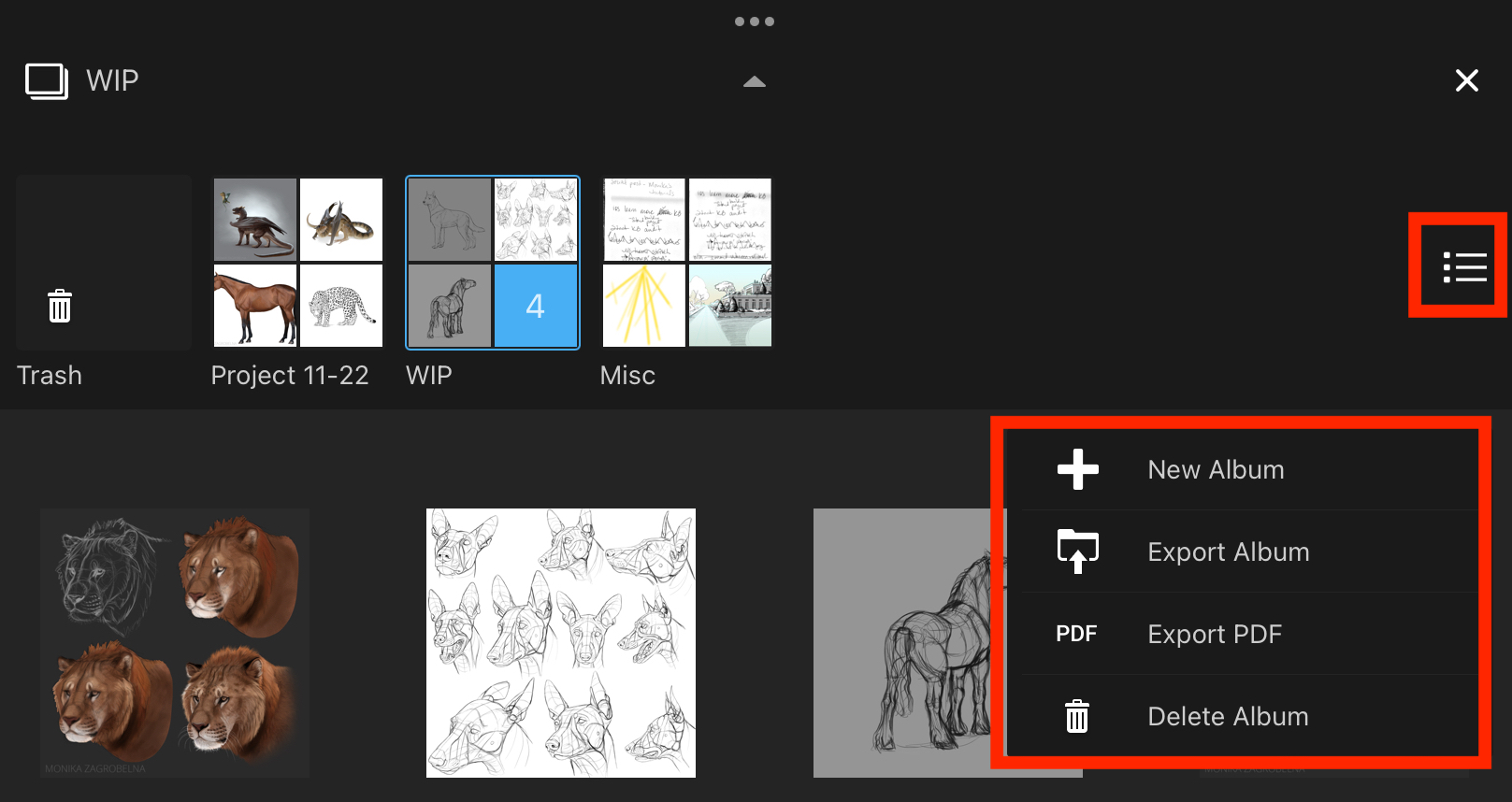 This is where you can:

To rename an Album, tap the name under the album thumbnail, and enter the new name. 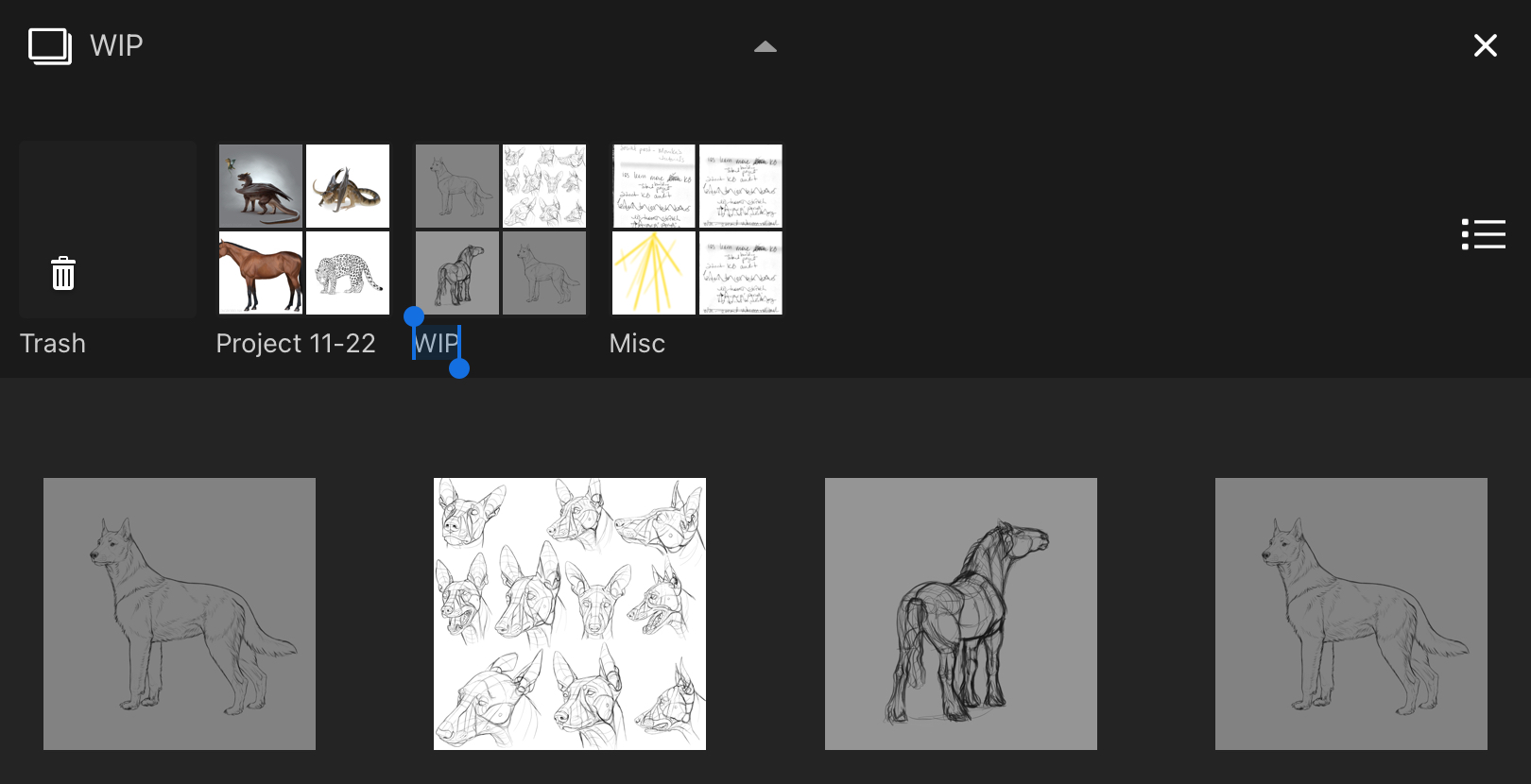 Tap Select to enter selection mode. The bar across the bottom of the Gallery view will turn blue. Tap all the thumbnails you want to select, and then tap Move To in the blue bar. The thumbnails will collapse into a single thumbnail - you can drag this to any other album in the top bar.

You can also long-press any single sketch until it enters the selected state, then drag it to another album.

To exit the Select state, tap Select again. Note the blue bar will go away.

When you delete an Album it and all its contents are permanently deleted. There is no way to recover the deleted content.

Deleting sketches within a folder

The Trash folder houses all sketches you’ve initially deleted from the Gallery. When you delete a sketch, this is where is goes. However, if you ever mistakenly delete something, you can get it back with Restore selected sketch.

When you tap the Trash folder, thumbnails of its content appear. At this point, you can do any of the following: